FROM TINY MISSION TO WORLDWIDE MOVEMENT William Joseph Seymour, son of Simon Seymour and Phillis Salabar (both former slaves), was born in Centerville, Louisiana, St. Mary’s Parish, on May 2, 1870. Simon Seymour served in the

FROM TINY MISSION TO WORLDWIDE MOVEMENT William Joseph Seymour, son of Simon Seymour and Phillis Salabar (both former slaves), was born in Centerville, Louisiana, St. Mary’s Parish, on May 2, 1870. Simon Seymour served in the Northern Army of the United States not long after President Abraham Lincoln signed the Emancipation Proclamation. However, during that service, he became sick with what was suspected to be malaria or some other southern swamp disease, and was placed in the hospital in New Orleans. He never made a full recovery after that.

William was the oldest in his large family, which lived many of their years in extreme poverty. He was subjected to a great deal of prejudice and injustice as a freedman in southern Louisiana.

As a youngster however, Seymour came to know a great many Christian traditions. His parents, for example, had experienced a Methodist wedding, William himself was baptized into the Catholic Church in Louisiana, while his parents were buried in a Baptist cemetery. Some historical accounts state that Seymour could not read or right, but this was false information. He went to a school in Centerville, Louisiana for freedmen where he learned to both read and right and had a signature that showed wonderful penmanship.

Seymour chose to leave his home as a young adult and travel for work, hoping to be freed from poverty as well as oppression. He worked in Illinois, Indiana, Ohio and possibly Missouri and Tennessee as well. Many times he found himself working as a waiter in hotels in some of the larger cities.

He experienced conversion in a Methodist Church in Indianapolis but soon became a member of the Church of God Reformation movement in the Indiana city of Anderson. It was during his service with this Holiness group that Seymour became sanctified and received the call to preach.

That call to preach, however, had not yielded anything concrete and he found himself near death with the smallpox in Cincinnati not long after. When he finally became well again, he finally gave his life to the call of ministry. Still, the sickness left him with a badly scarred face and a blind eye. He wore a beard for the remainder of his days in order to hide most of the scarring.

Seymour found himself in Houston, Texas in 1905, where he experienced his very first Pentecostal message. He was attending a Bible School being led by Charles F. Parham, the Apostolic Faith Movement founder. There were strict segregation laws in place at the time, though, and in order to attend the classes, he had to sit outside in the hall.

He bore the trial with grace however, and was soon so familiar with the teachings of Parham that he was able to teach them himself. But yet, Seymour himself had not yet received the baptism of the Holy Spirit with the evidence of tongues.

Soon, both Parham and Seymour were holding joint gospel meetings in the Houston area. Seymour would preach to black congregants, while Parham would speak to white congregants. It was only a short time later when Seymour met Neely Terry, from Los Angeles, while he preached at a small church, regularly pastored by Lucy Farrar. Farrar herself had been a former employee of Parham.

Returning to Los Angeles, Terry persuaded her home church, a small Holiness church, to invite Seymour there for a service. Julia Hutchinson, the pastor, did just that and invited Seymour to visit their Los Angeles Church.

Seymour found his way to Los Angeles and arrived in February of 1906. However, his first attempts to bring forth a Pentecostal message caused him to be locked out of the church. The leaders were wary of a doctrine preached by a man who had not even received the experience he was preaching about.

Because of this, a local bank janitor, Edward Lee, invited Seymour to live with him. Seymour soon started a prayer group ministry that meant regularly in the home of Mr. and Mrs. Richard and Ruth Asbery. Most of the attendees were African-American, however whites did visit the meetings occasionally. The group continued to seek God earnestly for revival and as they did so, their spiritual hunger continued to intensify.

Not long after the meetings began, Edward Lee received the Baptism of the Holy Spirit along with the evidence of speaking in tongues. This news was shared in the local area and a massive outpouring of the Spirit followed. A great many people received the Baptism and Pentecostal Revival began in full swing all over that portion of the West Coast.

That first evening was hard to people to describe. People fell, as if unconscious, to the floor while others ran all over the house, shouting as they went. One woman was reported to begin playing the piano, a talent that she had not previously had. Hundred began to gather as the outpouring continued on for days. People filled the streets to hear Seymour preach from the front porch of the Asbery’s home. Three days later, on April 12, Seymour finally received the Baptism of the Holy Ghost with power.

How Azusa Street Came To Be

It wasn’t long before the meetings completely outgrew the Asbery home, so they began to search for a new location for their church home. They found exactly what they were looking for in 312 Azusa Street.

The address had formerly been home to the African Methodist Episcopal Church. After it was vacated, the upstairs portion of the building was turned into apartments, but a fire had destroyed the roof. It was later replaced with another roof, this one completely flat, and the building gained the appearance of a simple square box. Downstairs, the ceiling was low with nothing but a dirt floor, having been used for both storage and as a stable. However, this was to be the home of the new Apostolic Faith Mission. Mismatched chairs as well as wooden planks were turned into seating and pews while two wooden crates, stacked atop one another and covered with a cloth, were turned into the pulpit.

It was a humble beginning, to be sure, but this building would spur the spreading of the Pentecostal message around the world. Visitors began to show up from everywhere just to be a part of the great Revival there on Azusa Street in Los Angeles, CA.

It wasn’t long before The Los Angeles Daily Times sent a reporter to the mission to cover the revival. The next day, he published an article making fun of the revival, the pastor and even the worshippers, calling them “a new sect of fanatics” and labeling Seymour as “an old exhorter”. He further mocked the Baptism of the Holy Ghost as a weird babel of tongues.

The timing of the reporter’s publication couldn’t have been more providential. The very same day that the article was published in their paper, the great earthquake in San Francisco took place. Those in Southern California were already incredibly fearful and now they learned that the revival was also teaching doomsday prophecies, which were becoming more common.

Shortly after this incident, an Azusa Street evangelist named Frank Bartleman began to publish tracts speaking on the earthquake. Soon, thousands of end-time prophecy tracts were sent throughout the area and many people flooded into Azusa Street. Reports started coming about the number of people in attendance, supposedly thousands, filling the building, watching from the boardwalk, overflowing into the streets and crowding onto the property any way they could.

Before long, the mission started publication of their own newspaper called The Apostolic Faith, with the help of an editor and stenographer. Transcriptions of Seymour’s sermons were printed, along with revival news and missionaries that the mission was sending out. This paper literally spread all over the world quickly.

Azusa Street held services three times, every single day, at 10 AM, at noon and again at 7 PM. In many instances, the schedules often ran together so that the entire day was one long worship service. This schedule was kept up, seven days every week, for over three years.

Common occurrences at these meetings included salvation of the lost, healing from illnesses and disease, deliverance from demonic oppression and the Baptism of the Holy Spirit. In fact, many of the leaders of the early Pentecostal meeting received their own Baptism in the Holy Ghost, or at least worshipped at, the Azusa plank altar.

For More Details On Azusa Street and William J. Seymour…

Check out these books on Amazon: 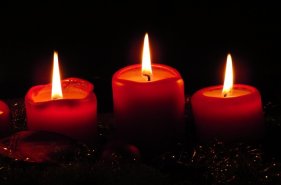 A Timeline of Historical Pentecostal Events