Jesse Jackson Claims Donald Trump Won't Get Into Heaven, But He Forgot About This Video - Living Gospel Daily 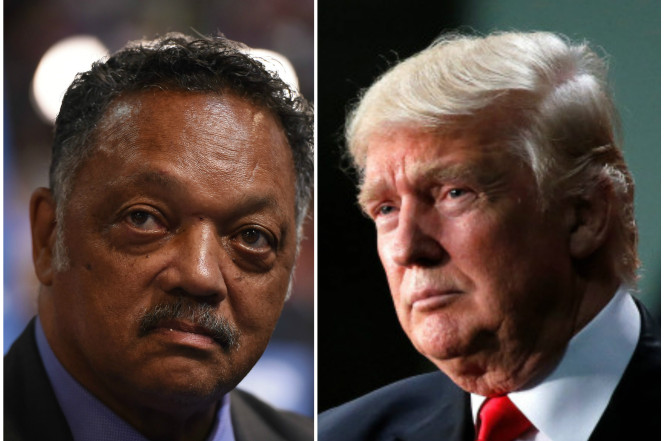 Jesse Jackson Claims Donald Trump Won’t Get Into Heaven, But He Forgot About This Video

Jesse Jackson has made a fool out of himself in recent years, largely being reduced to a joke of his former self. But still, people listen when he talks. And he's been talking a lot about Donald

Jesse Jackson has made a fool out of himself in recent years, largely being reduced to a joke of his former self.

But still, people listen when he talks.

And he’s been talking a lot about Donald Trump recently, even making the bold claim that “Donald Trump will not get into heaven.”

Wow “Reverend”, who promoted you to God?  Really crazy that you know what’s in Trump’s heart.

From Allen B. West, here’s the report:

When it comes to eternal life in heaven, persons of the Christian faith cite verses of scripture like Romans 10:10, “For with the heart one believes unto righteousness, and with the mouth confession is made unto salvation”, or John 3:16 “For God so loved the world that He gave His only begotten Son, that whoever believes in Him should not perish but have everlasting life” as the basis for their belief.

It’s pretty foundational stuff so one would assume that an individual who bears the title of “Pastor”, or “Bishop”, or some another such name given those who are learned in the scriptures and are charged with instructing others in them would be pretty solid on the topic.

One such title, “Reverend”, has been worn by Jesse Jackson seemingly since there’s been a Jesse Jackson. You’d think the “Reverend” Jackson would know the Christian principle of admittance into heaven being faith in Christ only, entry denied based solely on denial of Christ.  Yet in a speech given at a rally this week Mr. Jackson seems to have opened the door for alternative paths if not for everyone then at least for Donald Trump.

On Monday Jackson and another faux-reverend, Al Sharpton, held a protest they called “The One Thousand Ministers For Justice” march in Washington DC.  Apparently they didn’t come very close to one thousand ministers and nobody, not even the liberal media establishment, even bothered to cover the event. (That’s how insignificant these two race-hustlers have become.)

Not content to stick strictly to policy or to preaching scripture, in his turn at the podium, Jackson made the following proclamation, “Trump says you must be able to speak the language of English, [be] qualified, and have a job skill.  Jesus would not qualify to come in Trump’s country—he would not qualify to get into Jesus’ kingdom.”

Even forgetting for a moment just how wrong this is theologically, I guess the “Reverend” Jackson forgot about this video, where he praised Donald Trump for his diversity and inclusion, giving him a “Lifetime Achievement Award”:

Oh, you just wanted to get back in the news, so you made an absurdly stupid statement about our great President?  Your 15 minutes are over, time to hit the old dusty trail buddy.  America loves Trump! The Optimism of Faith